160320 Update: Freshly back from European travels and this tiny camera has never failed to impress. Updated this review with pics shot in full manual mode and edited in Lightroom with Motibodo to give a good idea of how much detail can be held in the shadows and highlights with decent exposure. Click here to jump to the new pics.

160104 Update: Still loving this amazingly pocketable camera. Updated the review below with uncorrected, hand-held video footage shot on a sunny (and shady) winter’s day. Very impressed with the dynamic range and auto-adjustments. Click here to jump to the video.

150810 Update: With Sony’s release of the RX100M4, I’ve gotten a lot of questions about whether I think it’s worth it to upgrade. After reading up on new features and updated hardware I’ve decided it’s not a worthwhile upgrade for most (including me). Here’s a great hands-on review which comes to the same conclusion.

150128 Update: Thanks to kReN’s comment, I was reminded to check for firmware updates. Firmware update v1.2 can be downloaded here. Not many specifics given on included improvements, but the focus seems to be a bit faster, and I can now reliably execute the hack of keeping the camera on when closing the electronic viewfinder by pressing and *holding* the power button just before closing the viewfinder.

140915 Update: For my Youtube friends: the software I use to make AVCHD video codec mac-friendly is called ClipWrap.  Super-fast and easy.

140915 Update: Added link to mindmap of this post here

It’s kind of embarrassing to admit how excited I was to hear the Sony RX100M3 was in-stock at my local camera shop just days before we were to leave for our next destination wedding. It’s not that I don’t already have capable cameras, but the RX100M3 isn’t just any camera.

So of course I picked one up, along with an extra battery and charger.

Below is an unboxing video of all the goodies:

You’d think I wouldn’t be interested in lugging yet-another camera around when we already have four DSLR’s lovingly packed in carry-on. But having a great point and shoot on my hip during travels makes it easy to document life in stills and video as it happens without the incriminating “look at me!” when lugging out the Big Guns.

The Sony RX100M3 is a pocketable powerhouse. With a 24–70 f1.8–2.8 lens, a large-ish 1″ sensor, great high-ISO performance, stabilized and excellent video recording, the icing on the cake is a combination of an 180 degree articulating LCD (great for recording videos & ultimate selfies) and a pop-up electronic viewfinder.

Yup. How they crammed all these features and an electronic viewfinder into this tiny camera is amazing.

Oh yeah: they also have the best WiFi implementation I’ve experienced – transferring images to my iPhone is painless, fast and the camera is smart enough to cut the WiFi signal when it’s done sending the images.

The RX100M3 solves a lot of problems, and I can see it appealing to a LOT of people.

Pros will love full manual control and the addition of the new electronic viewfinder. For those of us who grew up framing with SLR’s, it’s wonderfully natural to compose an image with the camera to the eye.

But the Sony RX100M3 also shines in its amazing Auto-modes, making it one of the best literal “Point and Shoot” cameras I’ve used. The usual suspects like Program mode, Aperture and Shutter priority are provided on the main dial. But it’s the combination of a well-implemented matrix metering system and great high-ISO sensor that makes the Auto-ISO and Auto-Neutral Density settings totally usable.

Of course no camera is perfect, so Sony smartly gives the user customizable hardware to control the Exposure Compensation (details on how we setup our camera are below).

Video lovers will be equally happy: the match of hi-end video recording modes like the mac-friendly high-bitrate 50Mbps XAVC S codec with the 180 degree articulating LCD make it one of the best pocketable video recorders available. Add in the excellent 5-axis stabilization modes and you can see why it’s become my travel camera/video recorder of choice.

Below is our hands-on video review:

Out of the box the camera isn’t bad, but I found it a bit slow to actually use.  Also, even the best of technology and auto-modes galore can’t read my mind. Thankfully, Sony made the RX100M3’s hardware and menu system amazingly customizable to improve its response time and general usability.

Below is a video with the nitty gritty geeky details of our menu and hardware settings that help make the Sony RX100M3 a more responsive machine:

They ain’t art, but the images below document our lives over the past couple of days and are shown as-is to give you a sense of the quality and colour you can expect from the Sony RX100M3.

Images are Straight Out Of Camera (SOOC) – saved in-camera as medium JPEG, extra-fine with logo added in PhotoMechanic.  Most images could use some minor tonal adjustments but for a point & shoot camera, the out of camera JPEG’s are more than decent.

Thanks to great Auto-modes and its 180 degree LCD screen, The Sony RX100M3 lets you take the Perfect Selfie every time ….

Carrying this camera on a night out at the park was unobtrusive and let us document every-day life with minimal effort and fuss.

Note: below pic of random people at the airport was easily taken without notice.  The Sony RX100M3’s stealthy size and silence make it a great everyday-walkabout camera. (Editors note: I would prefer to convert this image to B&W but left it  SOOC just for you).

Note: it was nice to be able to have my nightly chitchat with my Son without him caring or noticing me taking pics of him as he looked out on the rainy night.  The image is slightly brighter than real-life.

Note: the below image is brighter than it appeared to the eye. The second, darker image, is more true to the darkness of the actual scene.

ISO5000 Actual pixel crop of above image: Aggressive noise reduction noted even at Low NR setting but hey: remember this is a point and shoot shooting at ISO FIVE THOUSAND!!

Note: Both the previous and this image were both taken at Aperture Priority with same amount of Exposure Compensation (EC), so yeah: auto-mode isn’t consistent but one of the best I’ve used nonetheless.

Handheld and shot against sun and shade, this uncorrected video gives a good idea of how the Sony RX100M3’s built-in image stabilization deals with real-world video shooting scenarios including sun flare and zooming.

The Sony RX100M3 proved to be an excellent companion on our recent European adventure. Small, silent and super-fast to focus, it was always by my side and rarely left me wanting for more camera as we wandered the streets of Spain and Belgium both day and night. Here are images shot in RAW manual mode and edited in Lightroom using Motibodo. While it doesn’t hold as much detail in the shadows (or highlights) as our DSLR’s of choice, it is infinitely more pocketable and still my favourite point and shoot ever. I love this camera 🙂 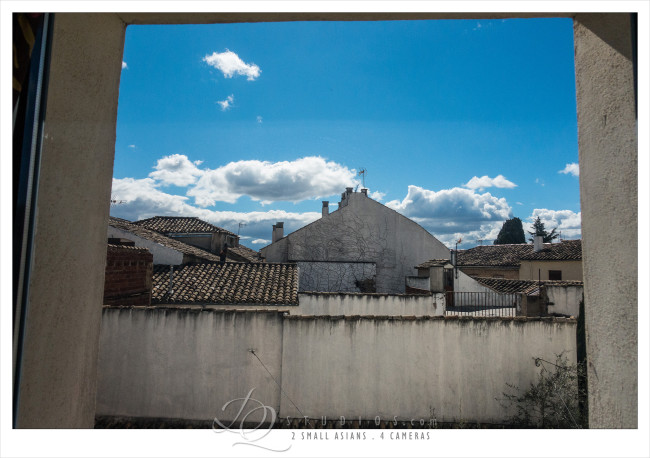 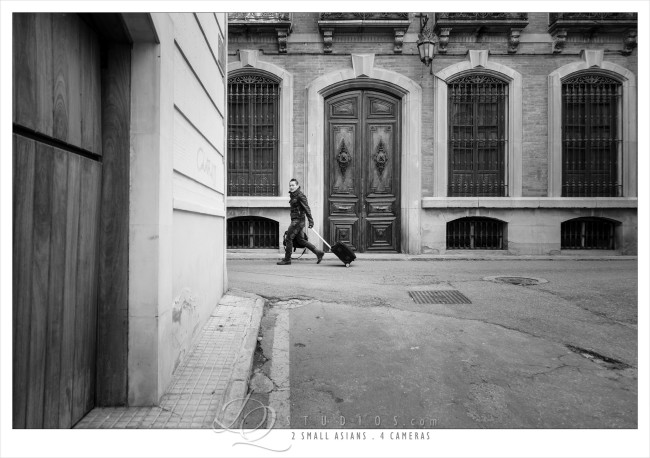 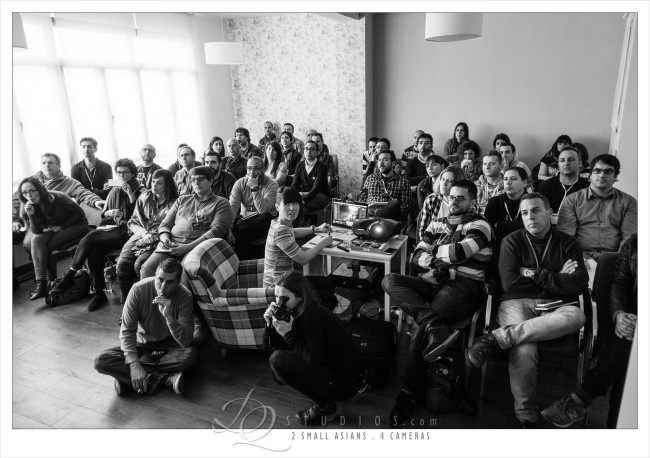 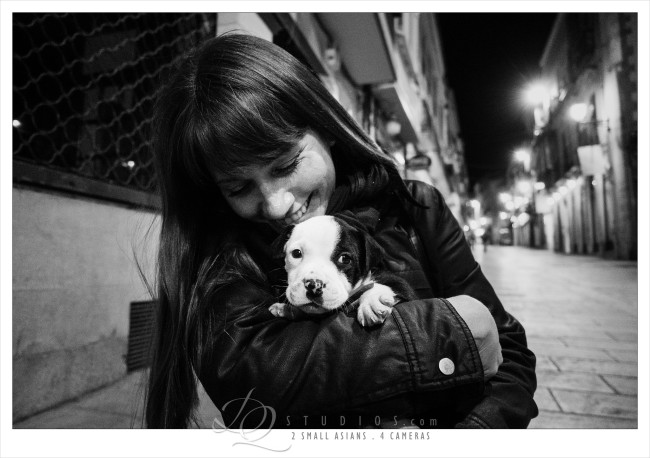 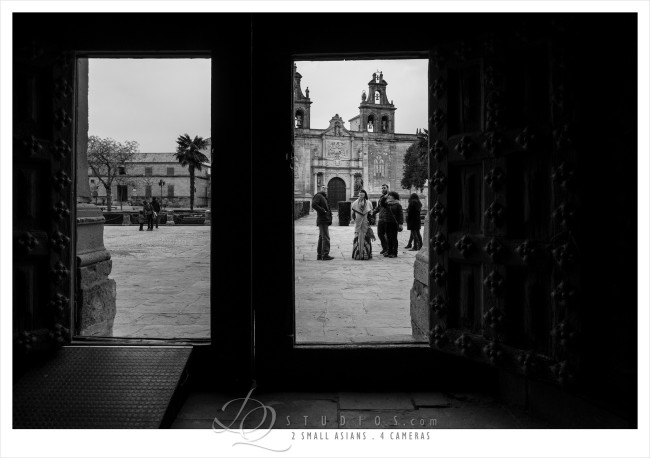 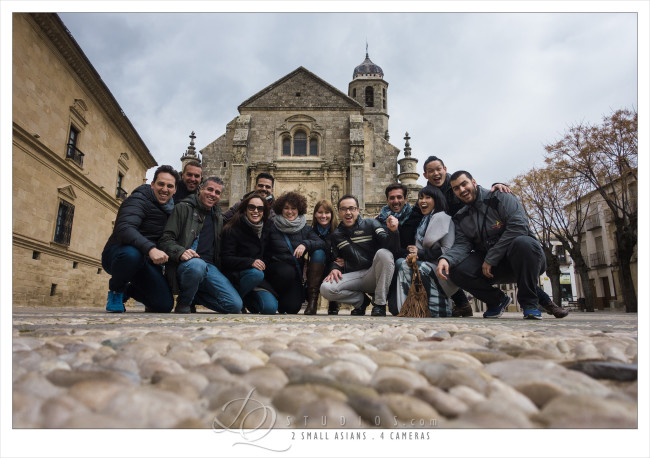 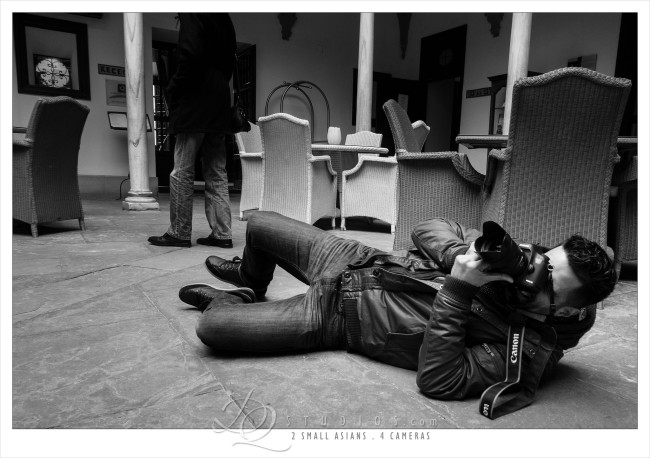 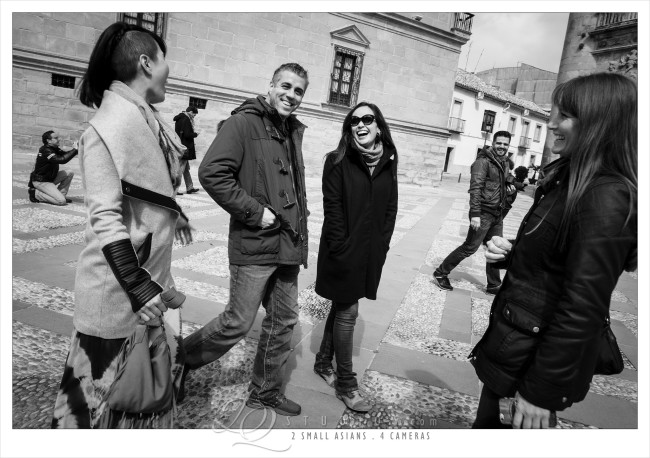 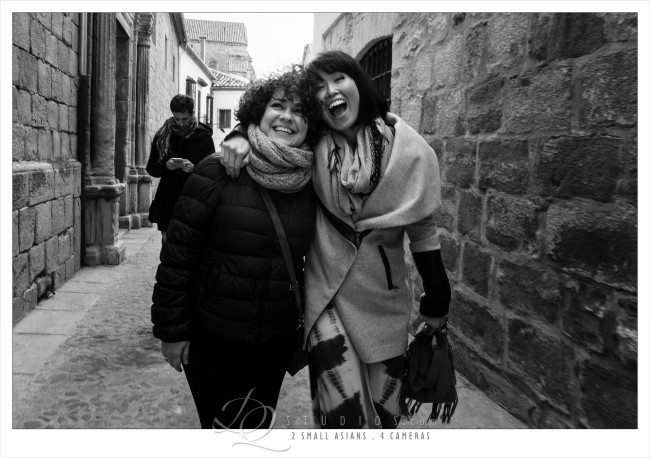 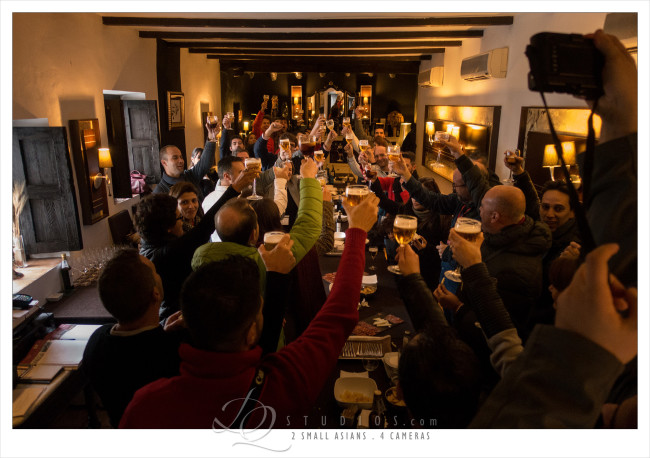 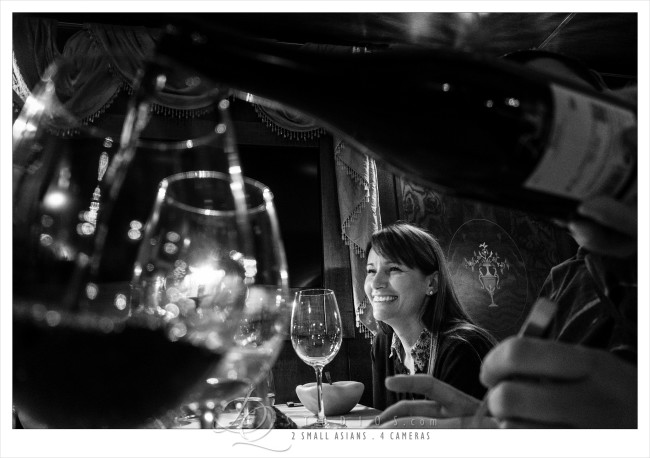 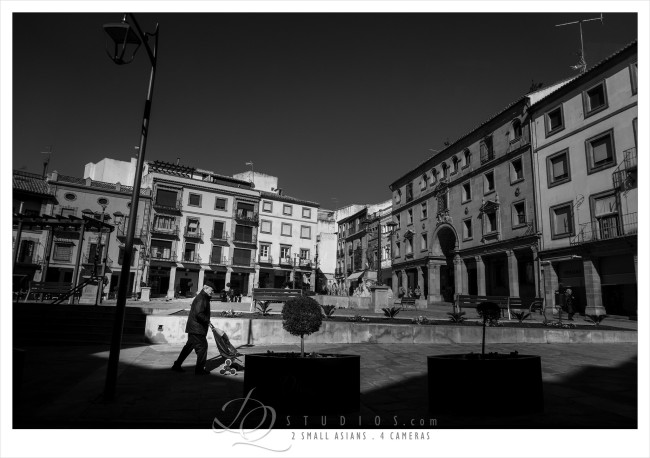 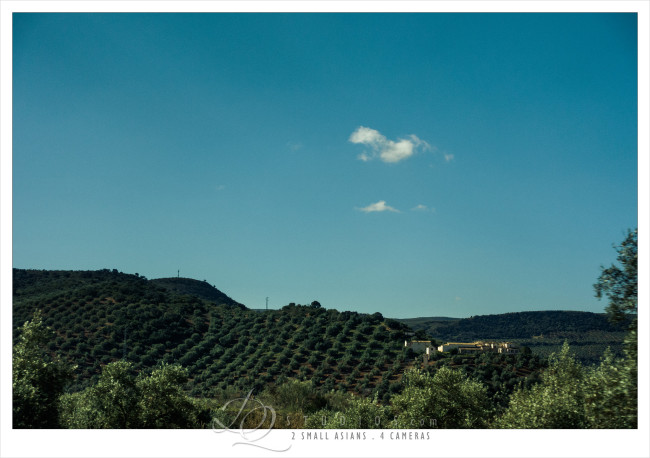 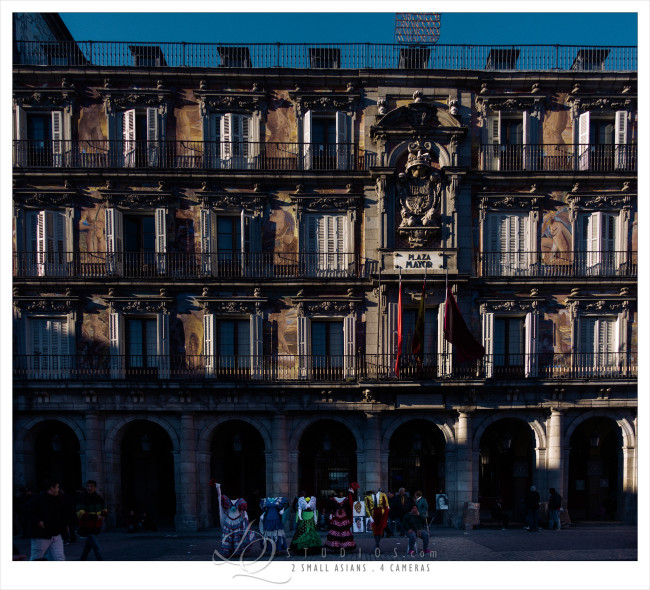 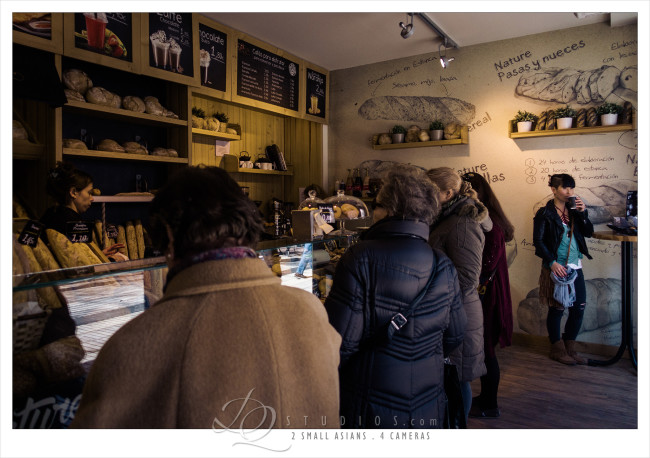 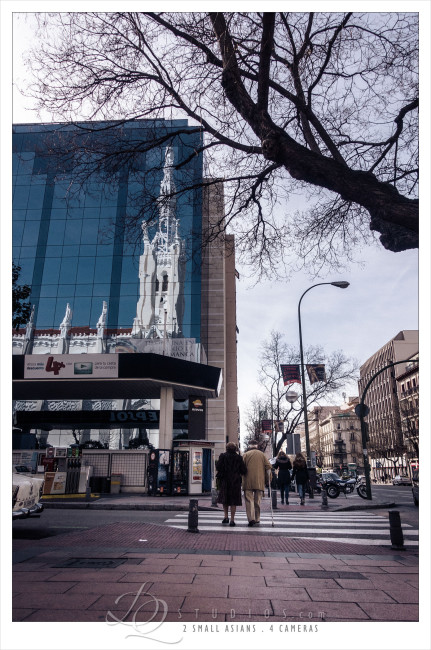 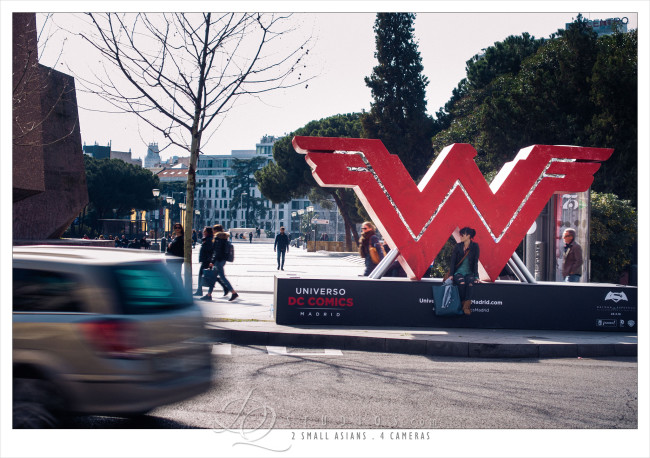 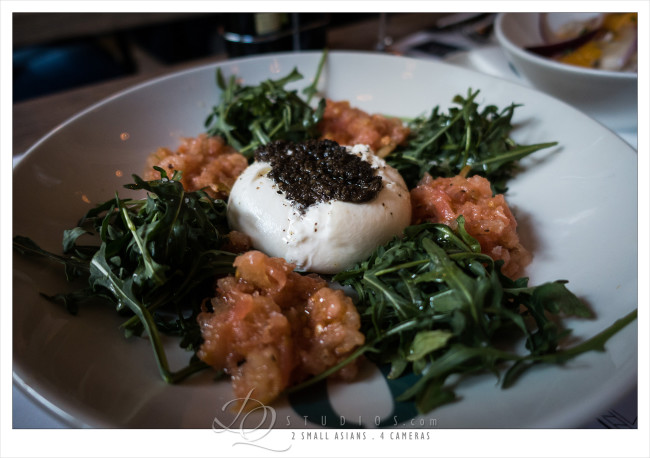 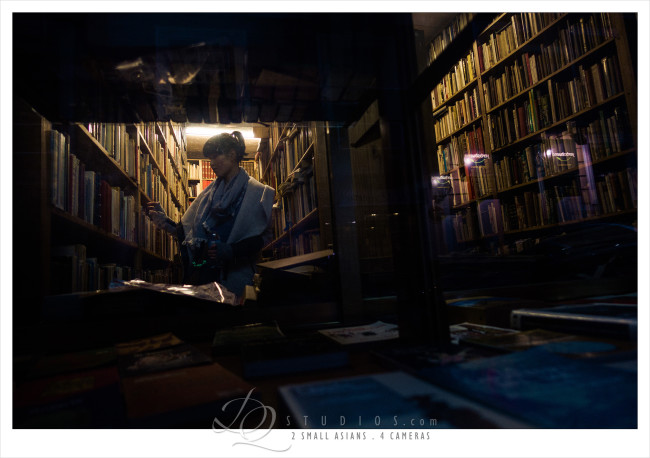 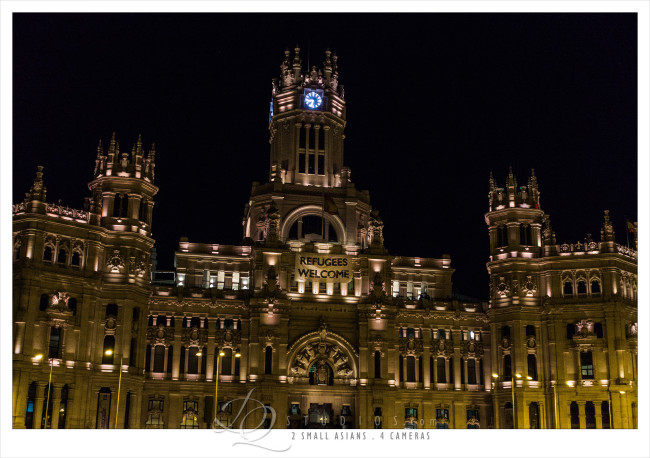 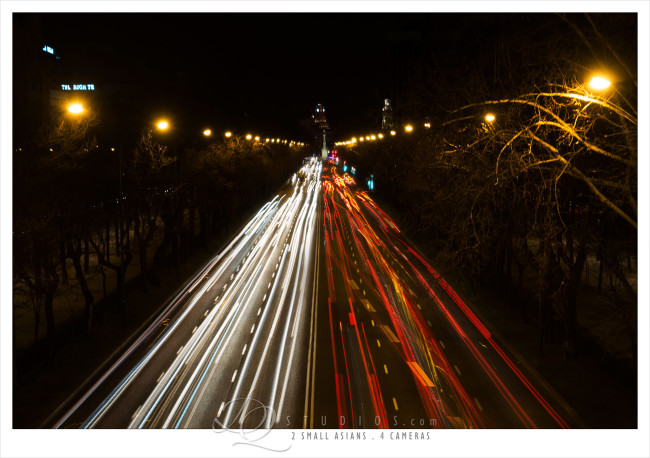 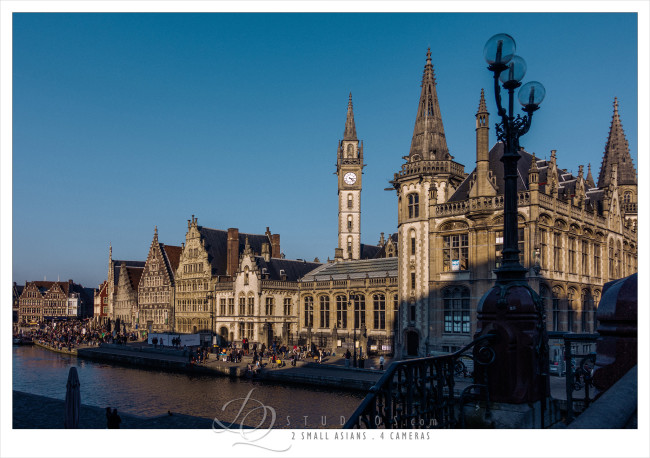 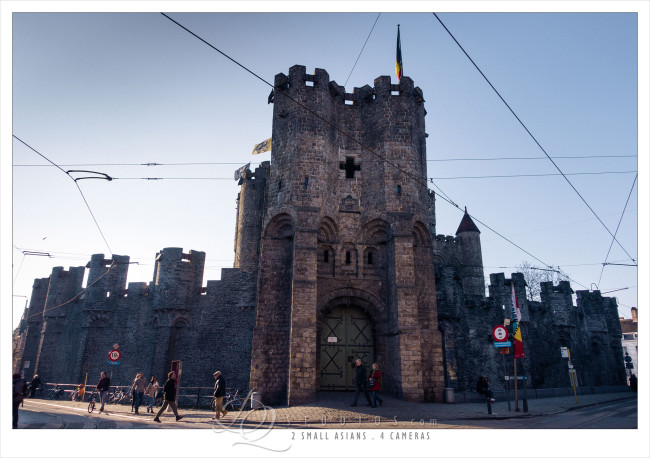 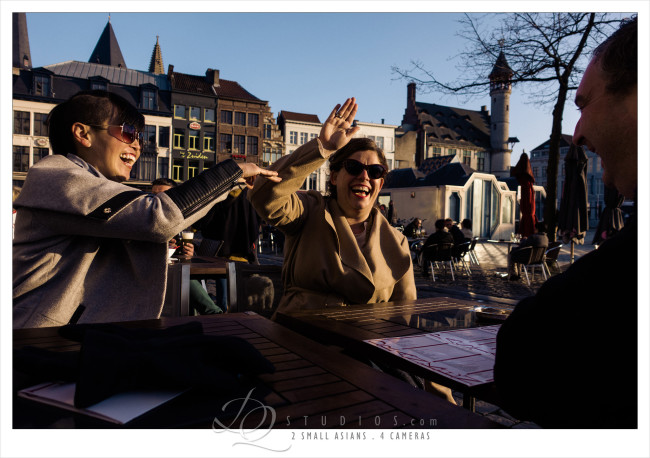 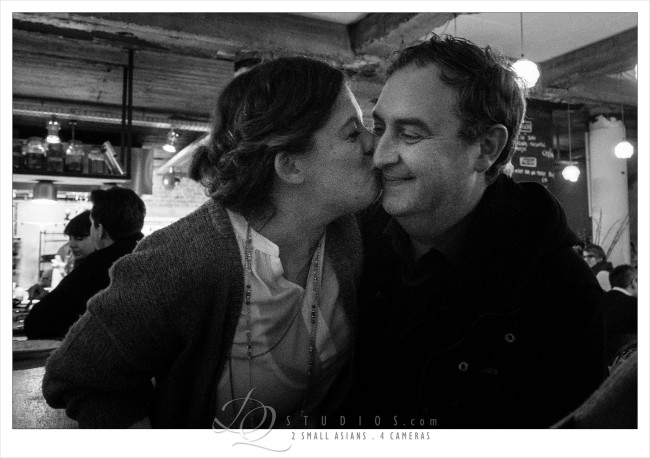 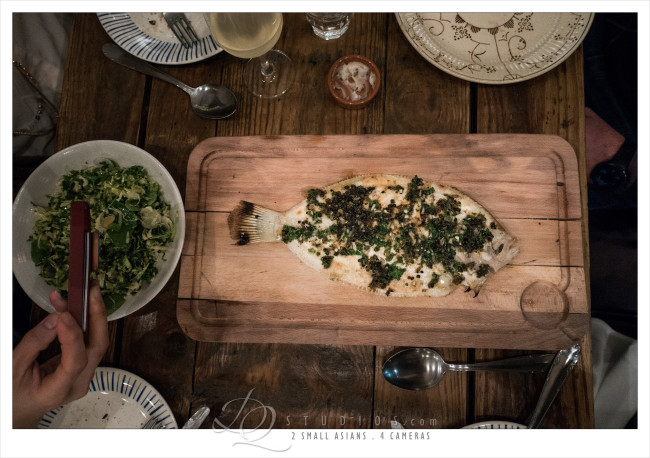 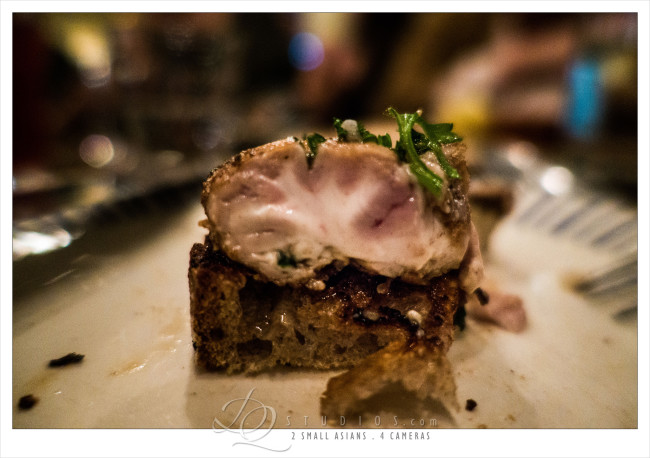 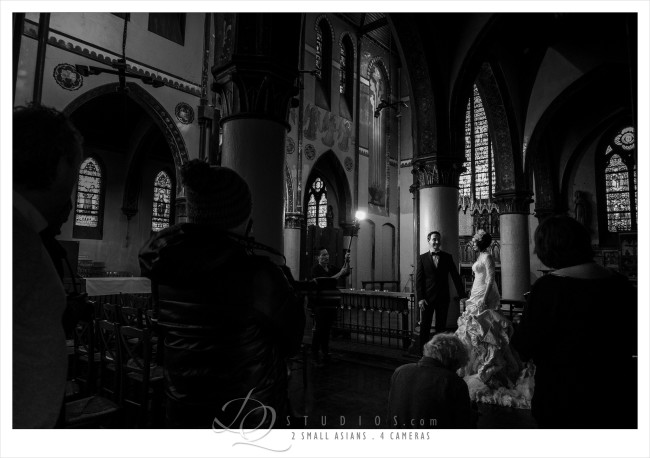 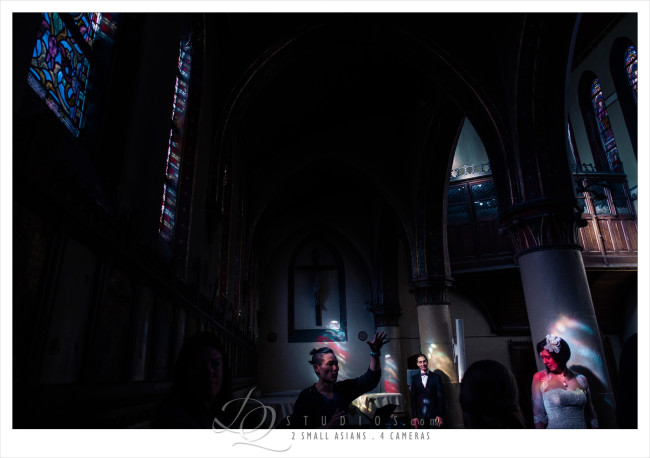 The Sony gets a lot of things right and the “cons” list is pretty small considering this is a sub $1000 point and shoot camera aimed squarely at those desiring great stills and video even in low light. But the feature I miss most on the RX100M3 is an external mic input.

Having such great video quality and multiple high-bitrate formats to choose from is great. Heck, they even included uncompressed video output via its mini-HDMI! But the weakest link in its video chain is the omission of an external mic input. There’s a saying that video is 80% audio, and I agree. The stereo mics are only good when speaking directly at them at close range – as soon as you get a couple feet away they are useless as is the wind noise reduction menu setting. Adding a 3.5mm mic input would make this awesome point and shoot awesomer … Or awesomest. It’s a shame the RX100M3’s doesn’t give us the option of adding great audio capture to match its great video capture.

Though not perfect, it’s amazing what Sony has managed to pack into the little RX100M3. I’m hopeful they can make improvements to usability via firmware updates, and perhaps even entertain my desire for an external mic input in a Mark 4 version (!?!). But even as-is the Sony RX100M3 the very best point and shoot I’ve ever used.

Thanks for reading and if you’re planning to make any Amazon purchases, would love your support by using the links below. Happy shopping and shooting!

Our Photo and Video Gear - 2015 Collection